Four Cairns high school students were announced as winners in the 2019 Queensland Cup Chinese Speech Competition held in May 2019. This annual competition is organised by Confucius Institute at QUT (CIQ), in partnership with the Chinese Language Teachers Association of Queensland. There were nine prize winners in total who recently departed on a ten day study tour to Shanghai and Beijing.

Each year CIQ, in partnership with the Chinese Language Teachers Association of Queensland, convenes this competition with regional competitions held in Rockhampton, Hervey Bay, Townsville and Cairns. Over 400 Queensland school students from 56 schools competed in the competition on 25 May 2019.

Study Queensland provided CIQ with a partnership grant under the International Education and Training Partnership Fund in recognition of the 30th anniversary of the Queensland Shanghai sister state relationship allowing the first prize to winners to travel to China. 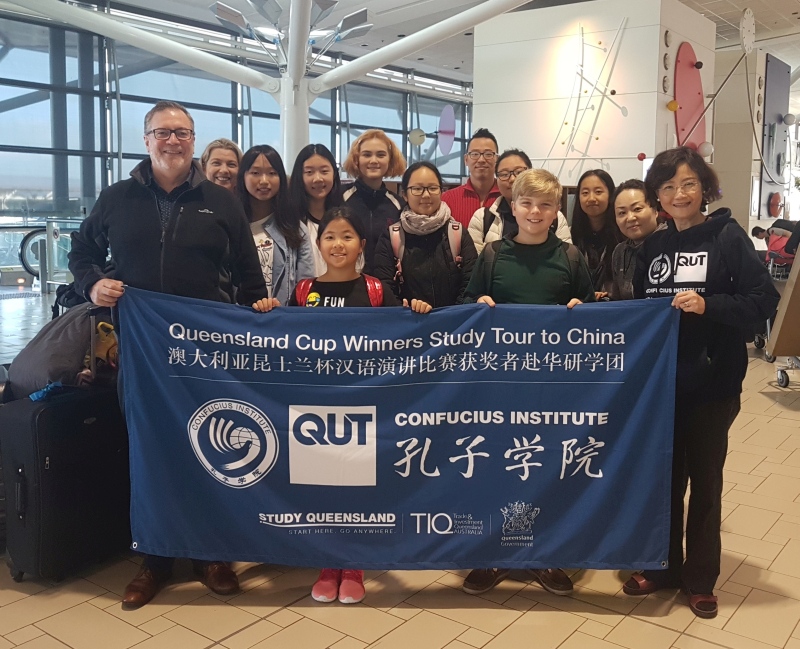 Minjeong Kwon, Minju Kwon and Yein Chung, all from Cairns State High School, and Liam McNamara from Whitfield State School are currently in Shanghai learning about this famous city as well as aspects of Chinese language, culture and cuisine.

“We are delighted with the outcome and Study Queensland’s support, particularly for regional schools and students, who have less opportunity to be immersed in Chinese language and culture. The fact that four of the nine first prize winners are from Cairns is a remarkable outcome for the region and shows the importance of CIQ and Study Queensland providing regional support.” 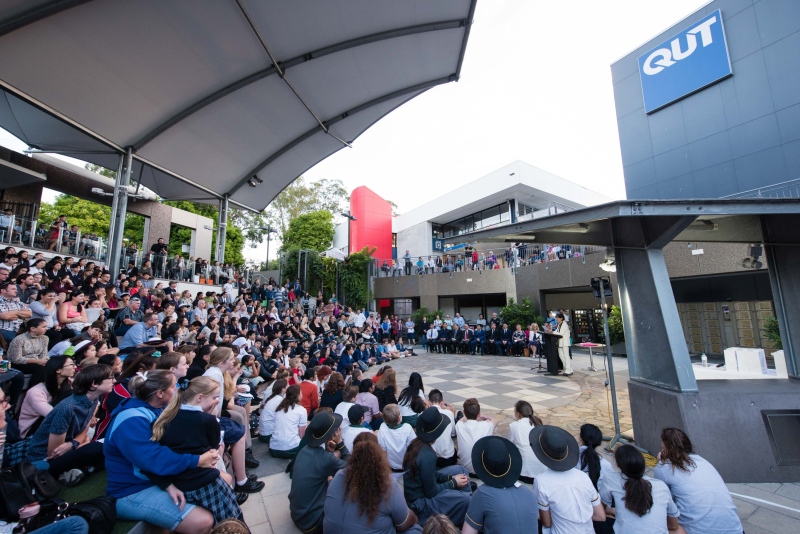 Nicole Patterson from Study Queensland said “the Queensland Cup is usually conducted in China for Chinese students to compete for the opportunity to travel to Queensland. This year we have changed direction and have supported this competition to have Queensland’s best nine Chinese language students travel to Shanghai and Beijing as reward for their significant effort and accomplishments. We know our winners will be great ambassadors for Queensland, showcasing our State’s high-quality school education system in China.”