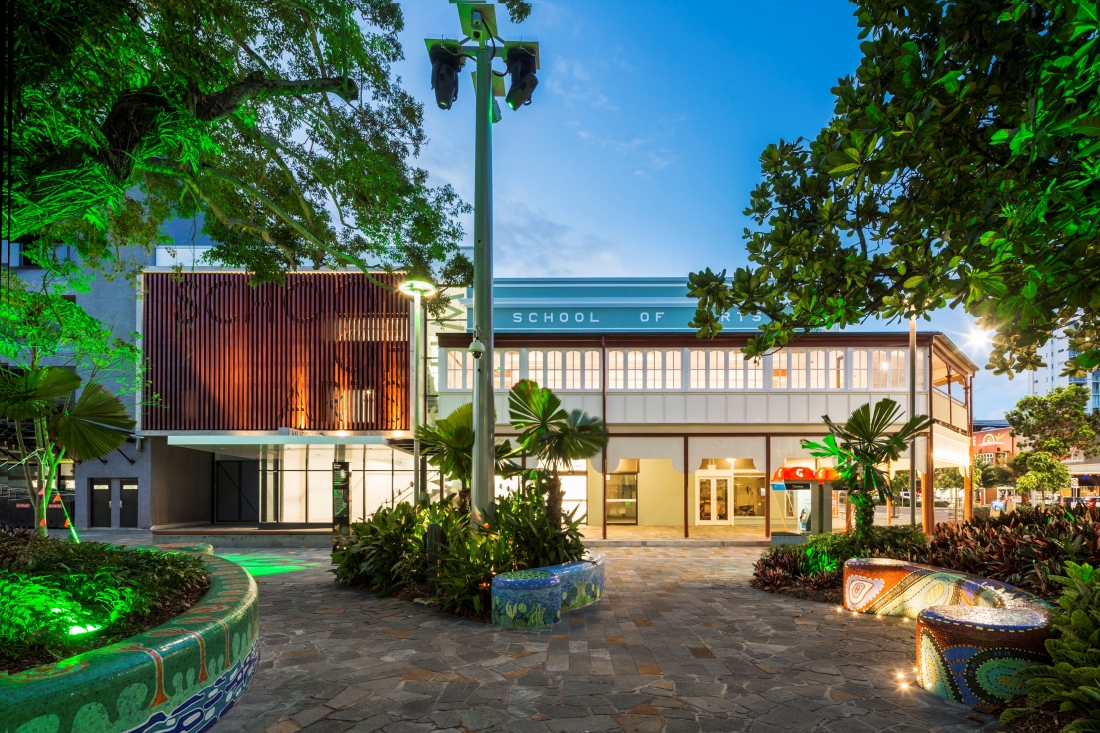 Cairns is very much ‘under construction’ as new tourism infrastructure development adds excitement to the tropical city.

New luxury hotels, an arts precinct, waterfront brewery and expanded marina are among the millions of dollars of development underway in Cairns & Great Barrier Reef.

“Especially exciting is the advent of three new luxury hotels for Cairns with the Crystalbrook Collection investing $370 million in redeveloping two inner city hotels and building a hotel and apartment complex on a greenfield site,” he said.

“The $550 million Nova City, a luxurious residential and commercial development near the Cairns Convention Centre, will also add to the city’s accommodation inventory.

“Meanwhile, the $50 million Cairns Aquarium is nearing completion and will open later this year bringing the Reef and the Rainforest in to the heart of the city.”

In July the Cairns Museum will re-open its doors and showcase Cairns stories and history of life in the tropics.

“The Precinct in Cairns, a $66.5 million development incorporating the Cairns Performing Arts Centre, is under construction alongside the new Munro Martin Parklands outdoor performance space.

“The Cairns CBD is also getting a facelift with the $17.4 million City Centre Alive transforming the city heart into a landscaped pedestrian friendly area with public art and feature lighting and the Cairns Museum soon to open in the newly renovated School of Arts building.

“On the waterfront, Shed 2 at the Cruise Liner Terminal will become the second location for Port Douglas-based Hemingway’s Brewery which will span more than1400 sq. m and be available for offsite events.

“In Port Douglas, the Reef Marina is undergoing an $85 million expansion with 44 additional berths, luxury residences and new waterfront dining and entertainment areas including the original Hemingway’s Brewery.

“The village will also have its first dedicated diver training facility with the Quicksilver Group constructing a purpose-built centre in the heart of Port Douglas.

“Many of the destination’s five-star properties have completed multi-million dollar refurbishments including the Pullman Reef Hotel Casino, The Reef House and Sheraton Mirage Port Douglas.

“Sunlover Reef Cruises has built a new Great Barrier Reef pontoon with a waterslide and many of the Reef Fleet vessels have been upgraded this year.”